Valtteri Bottas himself admitted that the 2018 season was the worst of his career. He drove completely the same car in which Hamilton won a championship and 11 races. Bottas unfortunately failed to win a single race. For the next year however, Mercedes still believe sin him.

His arrival at Mercedes last year 2017 was unusual. He replaced Nico Rosberg, the former champion, who surprisingly retired at the end of 2016. This meant that Bottas had very limited time to accommodate to the life at one of the top teams. This helped to take some pressure off him during his first season. However, in 2018, he did not have excuses like this and his performances worsened.

Bottas finished third in 2017, scoring 305 points and winning three races and scoring 13 podiums. This past season, he was fifth in the competition with 247 points and only eight podiums. Debris in Baku prevented his win, while in Sochi team orders got in the way. These things will not be remembered however, the winless season will though.

And now, to make the bad situationss worse, Valtteri Bottas is under pressure from his team. Esteban Ocon does not have a team for the 2019 season after a failed attempt to put him behind the wheel at Renault. The young and talented Frenchman will now be Bottas’ reserve driver and the team test driver, adding pressure.

“Yes of course, Esteban is a factor for us in the future. We have options for Esteban for 2020, but of course he might also be an option for Mercedes — it depends how the season pans out in Mercedes and how Valtteri goes.” said the boss of Mercedes, Toto Wolff, for ESPN. The replied to the question if Ocon is considered for the driver potion in 2020.

“Still, we haven’t lost any of our trust in Valtteri. We are 100 percent behind him [Bottas] because there is the trust within our drivers, because if we wouldn’t be behind him we might as well make the change now. But we don’t. We think that he’s our man and then obviously Esteban is in the starting blocks because he’s keen to drive that car.” 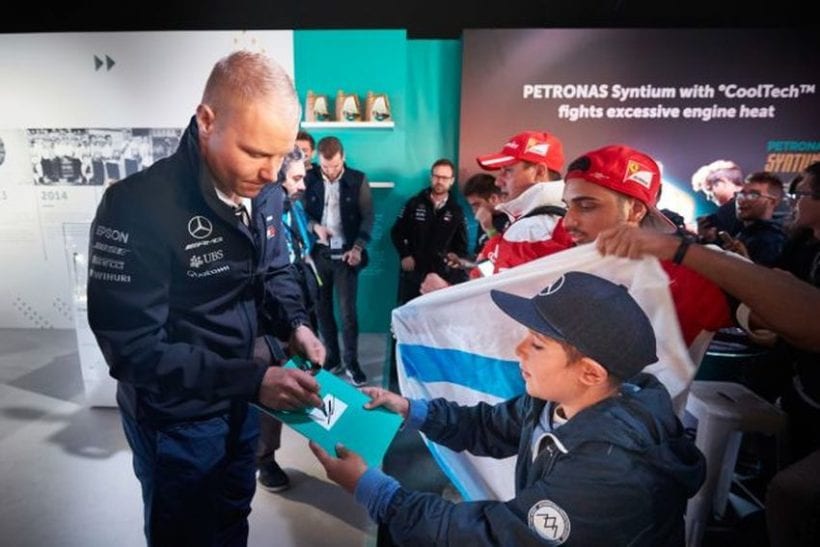 Although is sounds sugarcoated, the team’s warning to Bottas is as clear as day. If the happens to fail at delivering success during 2019, Ocon will likely replace him in 2020.

But what exactly caused Bottas to be subpar 2018? He actually dipped during the second half of the year. He finished second in Russia and Japan, though when Mercedes had the overall pace advantage. He ended the season with four fifth places, on the same tire sets as Hamilton.

Wolff does take some responsibility for his slump in the second part of the 2018 season. Hamilton faced next to no challenge from Sebastian Vettel at the year’s halfpoint, so Bottas was ordered to play a supporting role until his teammate won the championship. IWolff is therefore convinced that his driver will go back to his top form for the 2019 season.

“I think that for any driver it’s very difficult to overcome a situation where you need to back your teammate for a drivers’ championship,” Wolff said. “I think that is normal when you are taking away the single most important motivation for a racing driver, which is to be able to compete for a world championship. And I think we have seen that effect in Valtteri last year after Spa and this year after Monza. And he knows that.” he said.

He also added, “I think as long as he’s in the hunt for the championship he’s going to drive at a very high level — that is the most important. I don’t think it makes a difference whether he wins the races or not, this is because he knows that after the summer he was basically only second in line to win the race. He would have won in Sochi maybe. So on paper he should have had at least two or three wins this season.”

The question still lingers, does the F1 team Mercedes truly see Valtteri Bottas as championship material? When he is at his best, he is more than capable of outperforming and outmaneuvering Hamilton. We saw very little of that best form of Bottas throughout last season.

Wolff mentioned his retirement in Baku when his driver had to retire while in the lead because of a punctured tire, mere three laps before crossing the finish line. If he had won, he would have led the championship by a point over Vettel after four races. Wolff believes this incident changed the trajectory of Bottas’ season for the worse.

“If he wouldn’t have DNF’d in Baku in the lead, he would’ve been in the lead of the championship at that point. So things could have taken a very, very different turn at that stage of the season but luck wasn’t on his side. And I believe truly that it’s going to swing towards him at one stage and therefore I’m really looking forward to Valtteri’s performance in 2019. And I’d like to hope that Valtteri can add weekend onto weekend at a top level so he becomes a real challenger for the world championship. I think he could be in the hunt for the championship [in 2019]. We could come back from the shutdown and have a Valtteri that is very much there driving for his own drivers’ championship.”

We wish Valtteri Bottas all the luck during next season. We are sure he will prove his worth to his team and be at the top of his game most of the races.

Long before winning 20 Grands Prix, with McLaren, Lotus and Ferrari, and most notably the 2007 World Championship, Kimi Raikkonen started his pro racing career with a humble F1 Team called Sauber, back in 2001. He was with the team for just a season, but he impressed with good results, after which he was taken […]

At the recently held race, sim racer Enzo Bonito beats the former Formula 1 driver Lucas Di Grassi. It is known that the sim racing is the most similar form of racing to the real experience in Formula 1 or any other real-world racing championship. Enzo Bonito has shown that identical skills are needed both […]

Daniil Kvyat To Be In Toro Rosso For 2019

Daniil Kvyat is one of the top choices for the 2019 Toro Rosso drive, as it has been confirmed by several sources. Some even claim that the deal has already been clinched and the Russian will make a surprise F1 comeback.

How Do You Customize Car Door Projector Lights?

Lando Norris Will be Youngest British F1 Driver in History