The poll was organized by the Formula1.com. Each driver was allowed to make the ranked list and was free to include himself. The lists remained secret, to prevent any quarrels among the world’s premier racers. Points were awarded just like in any other Formula One race, with the first place receiving 25 points and the tenth place getting one. All lists were combined and the results didn’t quite match with the official standings at the end of the championship.

The inaugural Drivers’ Driver of the Year poll was won by Lewis Hamilton, who won his fifth World Championship title this year. With 11 victories, 11 pole positions and 17 podiums in 21 races, Hamilton well-deserved the praise from his fellow drivers.

The second place went to Max Verstappen, who had five straight podiums at the end of the season. Verstappen finished fourth in the championship.

Fernando Alonso, the legend of Formula One, didn’t make it to the top ten in the championship, ending his last season in Formula One at the 11th place. Still, considering how awful McLaren cars were this season, it is high praise from his colleagues who voted him third. 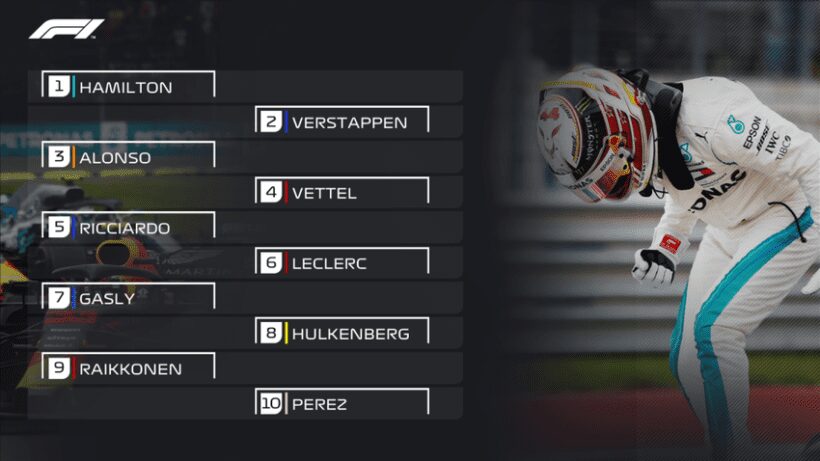 Here is the full list of Drivers’ Driver of the Year top ten:

Fernando Alonso Quitting Formula One Shows How “Sick” It Has Become

According to Sergio Perez, a Force India driver, Fernando Alonso quit Formula One because the competition is “sick”. Two-time World Champion has decided to abandon Formula One championship and race in Indy 500 and Le Mans in the following season.

There is no doubt that Formula 1 is the highest level of racing and it is insanely hard for any driver to get into that world. For anyone to be a part of the fastest circus in the world, he or she needs to be incredibly talented. Here is the list of some of the […]

The World Motor Sport Council, FIA’s body in charge of rules, regulations, and schedules, announced the 2019 Formula 1 calendar. The calendar was adopted during the council’s meeting on Friday. For the third time in Formula One’s history, the championship will consist of 21 races.

Lewis Hamilton is one of the most popular Formula One drivers and definitely the most successful driver which came from Britain. Hamilton has had a fruitful career so far and he was crowned the F1 World Champion four times over the course of his career.