As expected, the best-paid formula One drives is Lewis Hamilton and by a large margin. The second on the list, Sebastian Vettel, trails by $12 million.

There is even a larger gap between the second the third place, occupied by Daniel Ricciardo, who will earn $28 million less than Vettel.

Ricciardo jumped to the third place after switching teams from Red Bull to Renault. Renault’s former driver, Kimi Raikkonen, also got a raise after signing for Sauber and is now at the 6th place.

German Max Verstappen at the fourth place completes the list of players paid more than $10 million. He will earn $13.5 million this year. 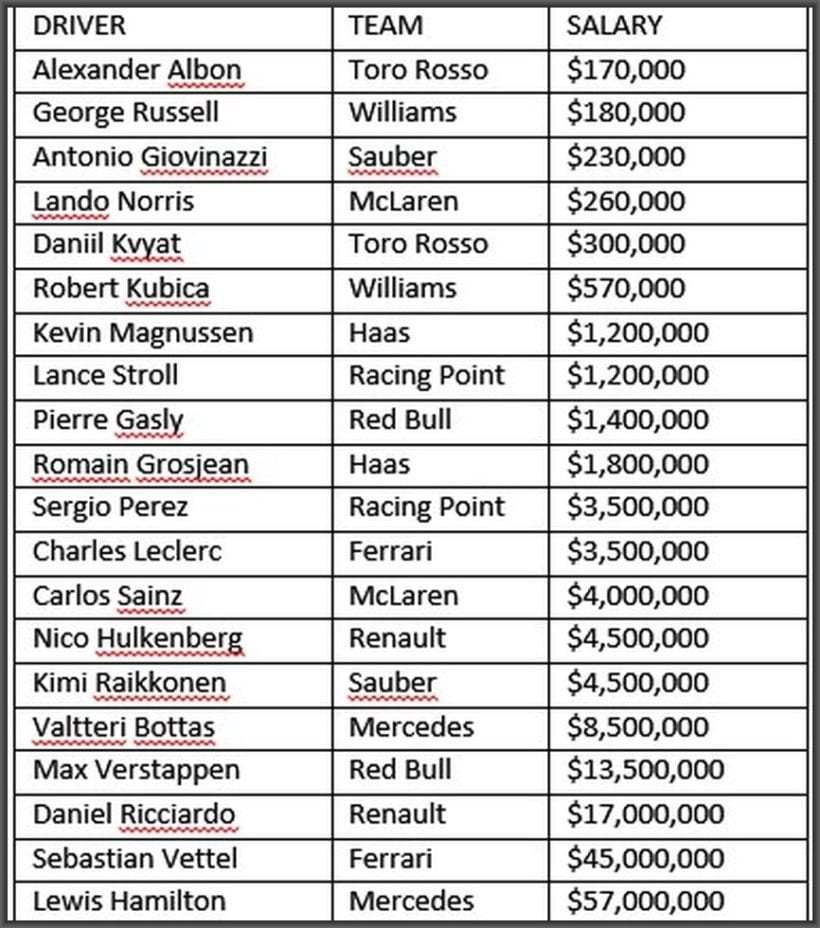 Is Formula 1 On The Way To The Philippines?

Expanding into Asia seems to be one of the main intentions of Formula 1, with the Philippines being the next potential target. Trademark applications for a „Philippine Grand Prix“ and a „Manila Grand Prix“ have been filed at the beginning of January 2019, as Independent reported.

5 Benefits of Buying a Used Car from a Certified Dealership

Buying used cars is probably one of the best trends that have come into play. Especially for people who love a good luxury car but never got around to buying them because normally that comes with a price tag slightly hefty for most people. Earlier, only upper-class men were able to afford a luxury car […]

An Enormous Change In Formula 1 Predicted By Nico Rosberg

Nico Rosberg was Formula 1 world champion in 2016. This 33-year-old German had a lot to say about what he believes will bring some change to Formula 1.