One of the common questions asked by vehicle owners is that, which pertains the difference between radar detectors and laser jammers. The reason for this is that most people want to beat expensive tickets from law enforcement when caught speeding.

In this post, we will equip you with the most important distinctions between them. You can always try to learn more about them, but this post will give you sufficient knowledge as well.

What are radar detectors? 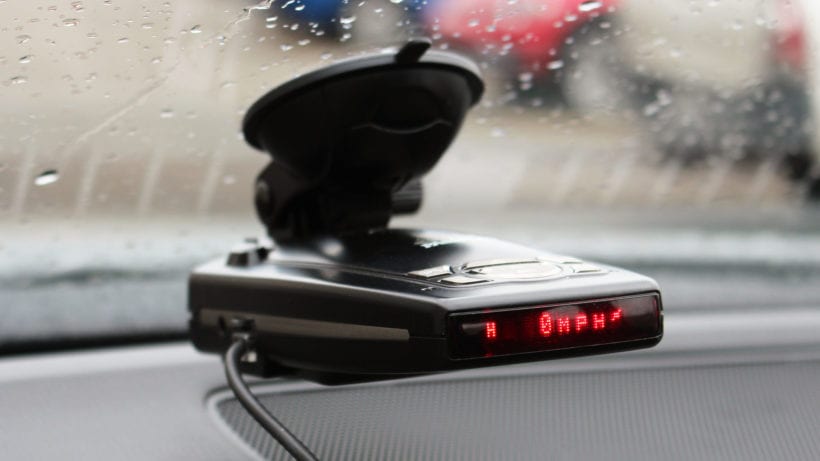 How do radar detectors work?

Radars are used to ascertain distance and speed; this involves determining how far an object is or how fast it is moving. This device pretty much emits a radio wave, which runs at lightning speed, and bounces back to the radar device when an object in its path.

What this means is that when it identifies the rate at which a car, bike or motorcycle is moving, the radio wave frequency of the returned signal changes because the vehicle is on the go. Besides, if your motorcycle is moving toward the radar device, the return signal has just a short distance to scale, and the radio wave frequency increases. As a result, the radar device utilizes the change in frequency to track the speed at which the vehicle is moving.

Now, let’s consider what a radar detector does. It identifies radar devices based on the radio waves it emits. Meaning, this detectors act as radio receivers. They collect frequencies used by radar devices; that is, radar guns mainly used by police to identify and catch speeding cars.

How does it work? Because radar devices such as guns used by police emit huge radio waves but track just one target, this device is in moving vehicles often pick up on the radio waves before the police get closer to the bike or car that is being tracked.

It’s not far-fetched to say that a basic detector won’t be of much help if a police officer drives up on you and turns on the gun. After all, by the time the indicator notifies you, the officer has gathered your speed details and what not. However, most detectors pick the signal before they can proceed to track the speeding bike or car. So most law enforcement officers turn on their guns for an extended period rather than switching them on when they are close to their target.

Laser speed detectors are quite different from radar detectors. They emit lasers that radar detectors won’t recognize. While there are laser detectors on the market, they aren’t as widely efficient since the lasers produced would have to hit an area that the indicator can “see” to notify a driver of the device’s usage.

Jammers are more effective when it concerns range, and they are a lot more challenging to detect. These two reasons make them a common alternative. these jammers emit a bright burst of ultraviolet light; this means that when the detector tries to get a measurement, it’s like pointing a camera at the sun, so there’s too much light to see anything meaningful.

Although spotting laser beams from a distance with radar detectors isn’t entirely adequate, there is the alternative of “shifting” or “jamming” laser guns so that they cannot read the speed details of your vehicle.

These jammers are made up of numerous small sensors that are installed on the front of your car.

Why sensors? These sensors are beneficial as they can spot when a laser beam is targeting your vehicle. The sensors also “return fire” with their laser beam. The impressive thing about the return beam is that it has modifications from what the police LIDAR gun is expecting.

Things to note when using a laser jammer

If you decide to run a laser jammer, it is best to follow some necessary “jamming etiquette.”

Indeed there are two ways of successfully operating a laser jammer. First and foremost, there’s the “Jam to Kill” or JTK. The JTK is when the driver receives notification of a laser hit, and then safely slows down to the speed limit. Afterward, the driver then proceeds to disable the laser jammer through a button press. When the JTK is carried out, the law enforcement officer will not realize the jamming. All he or she gets is a reading of the vehicle traveling at the speed limit, and the driver will receive no ticket.

On the other hand, Jam to Gun, or JTG, is when the driver fails to disable the laser jammer and proceeds to jam the laser beam until he or she drives past the police officer. Many people have condemned the practice and labeled it illegal in the radar detector community. When you want to choose a jammer, it is vital that you opt for the one that has a timer to disable the jammer after a user-defined time automatically.

As a general practice, many people will recommend that you set your jammer to a five- or six-second timeout. Doing that is important because it will give you plenty of time to slow down to the speed limit before the jammer automatically disables and allows the police to read your speed.

Pimp My Ride:10 Secrets Behind the Scene

If you were watching the MTV during the last decade, you probably came across an episode of the fan favorite show Pimp My Ride. The show was helping people who drove awful and damaged cars. A lot of them were not even street legal.

Car Tips: Making the Most Out of Your Total Wrecked Car

Even though it’s sometimes beyond our control, eventually your old car would just get old and not start again. Or you just had a terrible accident and your car was totaled and can’t run anymore. It’s very sad when things like that happen, but there are ways to make the most out of this situation. […]

Is Tracking Car with GPS Worth It?

GPS tracker have come a long was from exclusive and high-end equipment to today’s models pretty much everyone can afford. There was time when they were reserved for the most expensive cars, but today you can retrofit one on any car and at a fraction of the cost of those early models. With such low […]

Fernando Alonso is one of the most accomplished racers in (Spanish) Formula One history with 32 wins, 97 podium possessions and a staggering 23 fastest laps.

How Formula 1 Drivers Stay Hydrated During the Race

Formula One: Survival Sport for the Richest and Strongest