Thee Honda Pilot SUV became an essential model bringing Honda significant proceeds. Honda treats it as their flagship model and this is the first time that they will introduce changes after a major redesign the car went through several years back.

The 2020 Honda Pilot will come with a lot of surprises. One novelty, which has been in the rumor mill for some time now, is the addition of the plug-in hybrid. It was expected to come with the 2019 model but at this point it is obvious that this isn’t happening. Instead, look for it in a year to come. But else can we expect from the 2020 Pilot?

When it comes to the outside look, the 2020 Honda Pilot will remain mostly the same. The 2019 model has been facelifted and there is no reason to change everything here. Of course, minor cosmetic revisions are welcomed.

The modifications in the cabin are also mild. At this point, only the Elite and Touring trims come with captain chairs. This is something Honda may offer across the range as the standard feature. There will be three rows, which is more than enough for eight passengers to find room.

The Pilot is one of the most reliable models in the segment and this is where Honda spoiled its customers. The new model will come with additional safety features that will be combined with the ones you can find on a current model. Some options have been move from optional to standard and the base Pilot will have emergency braking and adaptive cruise control included. There isn’t any doubt that the 2020 model would achieve maximum safety ratings.

Plenty of trim levels await buyers. Whether you want a basic vehicle that will transport you from point A to point B or a luxurious car, Honda has it all. The Pilot comes in the following Iterations:
• Entry-level LX
• EX
• EX-L
• Touring
• Elite
There is a possibility that Honda will introduce another trim near the top or even above the Elite. However, these are just speculations and we are waiting for the official announcement.

The engine which will power the new model is a 3.5-liter V6 good for 280 horsepower and 262 lb-ft of torque. This a reliable unit and it should not change for the new model. Even though buyers don’t have a lot of options in terms of a powerplant, they can opt for either FWD or AWD system as well as six-speed and nine-speed automatic transmission.

It is not a question whether Honda would introduce the plug-in hybrid version of the Pilot. The question is “When will that happen?” And while it is too early to discuss, it might be after the introduction of the 2020 Pilot. The company is also toying with the idea to launch a full hybrid model as well that would have the drivetrain with the total output of more than 300 horses. But these are just speculations and it’s hard to say anything for sure. 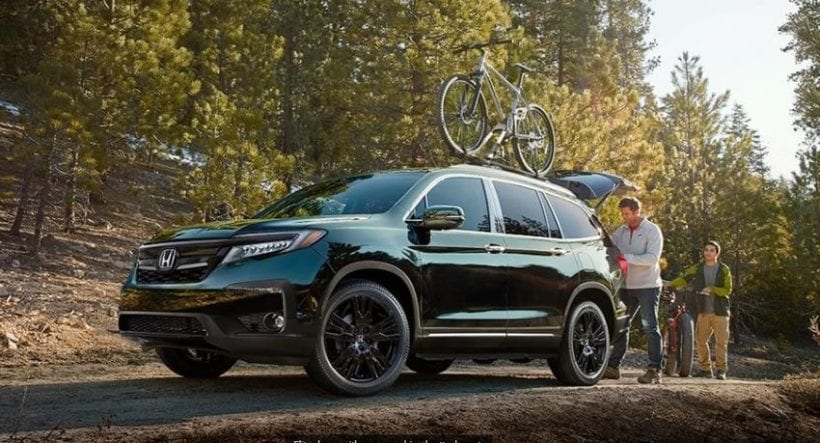 The Japanese have no need to rush the release of the 2020 Honda Pilot. The ongoing model is currently on the market and it is doing well. The company still needs to gather feedback before they decide to do anything with the 2020MY.

Even we are far off from the launch, the pricing should stay put. That means that the base model will start at $33,000 and as you climb the ladder, the figures will change. The top trim will cost $50,000 without any optional features.

You Want to Avoid These 9 Expensive Car Repairs – 2021 Guide

Most car repairs are expensive because of significant parts and labor costs. But some car repairs cost much more than others. That’s why it is essential to maintain your vehicle correctly to avoid expensive car repairs, according to Campenellas.com. If you need to have any of the repairs below, you will be looking at spending […]

The wait will be over soon. After eight years of absence, the Alfa Romeo 8C is returning to the market and it is not going to look like its predecessor. Alfa Romeo plans to make the new 8C as the 700-hp supercar and it will compete against Ferrari, Porsche, and Lamborghini.

Is Your Car Cool Enough To Race?

Some of us may not be lucky enough to have partaken in a race day at one of our most love race tracks. Turning up to a race day or event and driving some of the most powerful cars ever to have been manufactured is a surefire way to get your adrenaline pumping and testosterone […]

The Toyota RAV4 appeared in 1994 for the first time, and it is one of the most recognizable Japanese models in the crossover segment. In the recent years, the demand for crossovers has increased and the sales of the Toyota RAV4, consequently. Last time the RAV4 was redesigned was in 2013 and in order to […]

How Do You Customize Car Door Projector Lights?

Lando Norris Will be Youngest British F1 Driver in History